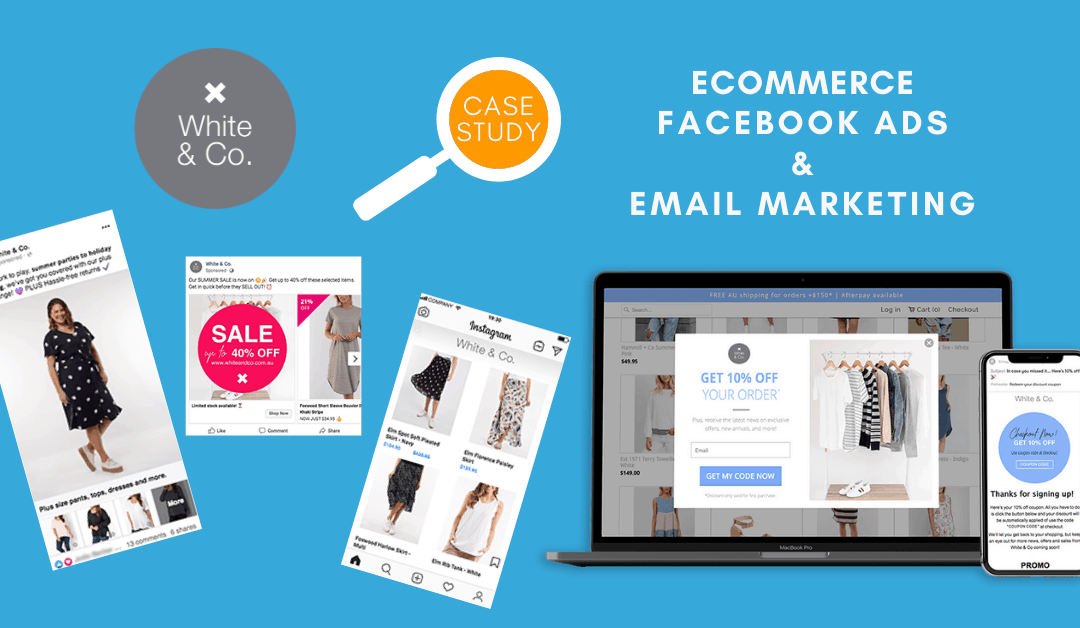 White & Co is a boutique women’s retailer based in Melbourne with both a retail store and online store hosted on Shopify. They pride themselves on sourcing quality, affordable, wardrobe essentials from boutique designers to take the hassle out of finding easy and stylish outfits for busy women. 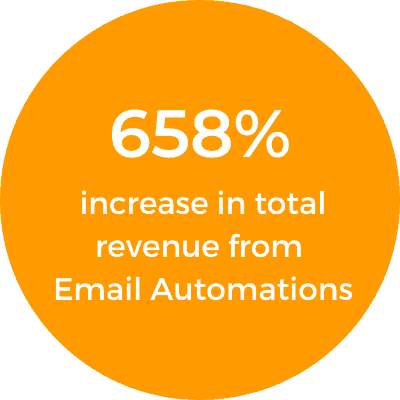 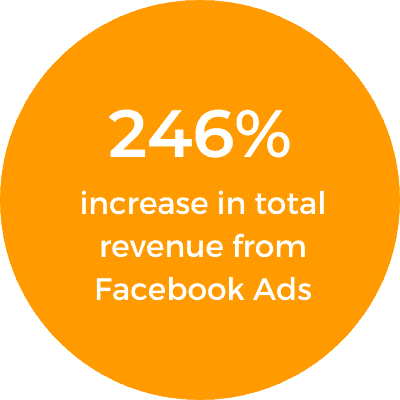 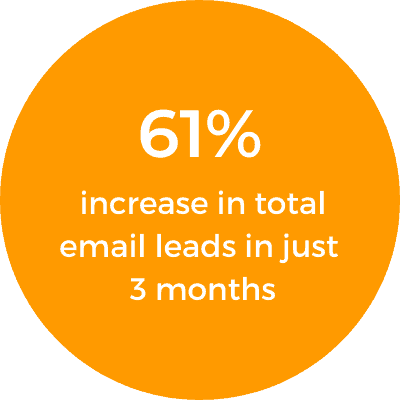 White & Co came to us in February 2019 with the goal of increasing their monthly revenue from Facebook Ads. They had been running Facebook Ads internally for some time but had reached the point where they were unable to scale up their campaigns any further to increase their sales.

At Impactiv8 we understand that Facebook Ads are not successful in a silo, so we sought to create a holistic strategy utilising both Facebook Advertising and Email Marketing Automation. This included:

Total revenue earned from email automations increased by 658% in just 3 months over the previous year.

Additionally we were able to smash the previous 12 months total revenue earned from Email Marketing Automatons by 658% in just 3 months after switching to a new email platform with powerful eCommerce automation tools.

One of the biggest challenges we faced was the pace of the stock changing with new stock arriving frequently and stock selling out quickly. Because of this it was imperative to come up with an advertising and email marketing strategy that could utilise dynamic content, updating automatically as products were added/removed from the Shopify store.

It was imperative to create a strategy that could keep up with all the stock changes in a dynamic online store.

We recommended a switch to an email marketing platform that provided improved deliverability and a better integration with their eCommerce platform (Shopify). This involved replicating all past campaigns in the new system, improving copy, imagery and campaign workflow as part of the process.

Before you migrate to a new email platform make sure your email list is cleaned, removing any unengaged subscribers, i.e. anyone who hasn’t opened on clicked on you emails over a period of 3 – 6 months depending on the frequency of your email broadcasts. This can be done ongoing automatically in the background by setting up a re-engagement email automation.

Having a clean list helps to improve email deliverability and ensures that you’re only paying for the subscribers that are engaged, which can save a significant amount in monthly subscription fees.

When auditing the email automations we saw an opportunity to significantly grow the revenue which in turn could increase the daily orders by:

In order to increase sales from email automation it was imperative to highlight products left in the shopping cart, bestseller and new arrivals. We were able to keep this up to date by utilising the dynamic content feature of the new email platform that would dynamically update content based on the products in the Shopify store and the subscribers own browsing habits. 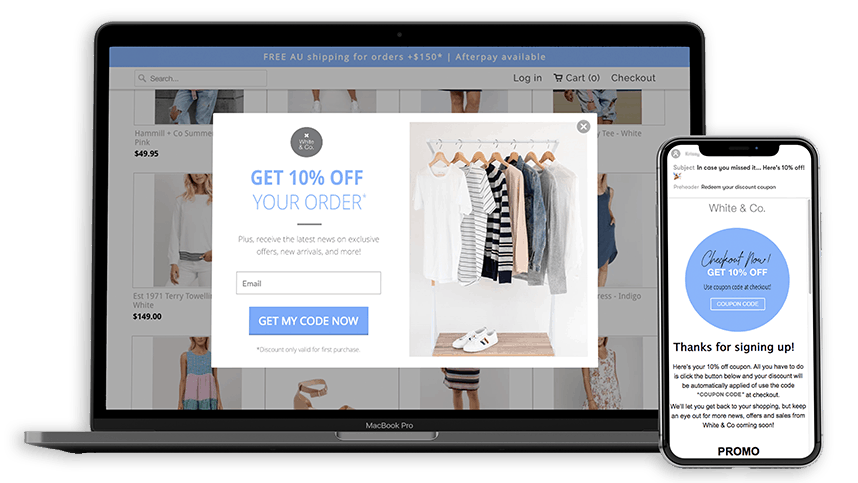 When we took on White & Co as a Facebook Ad client it was clear that they weren’t spending enough on their Facebook Ad campaigns to reach the number of people required to achieve their business growth goals.

With a store stocking over 1000 products, running 1-2 campaigns per month was just not enough to highlight the different product ranges and increase revenue generation.

We switched to running 4-6 campaigns per month, including:

Whilst we test serval creative variations per campaign we found that carousel and collection campaigns utilising dynamic creative using the Facebook Product catalog were the most successful. This enabled the products featured in the campaigns to be dynamically updated.

One of the most successful creative types has been the collection on mobile devices which creates a dynamic mobile friendly landing page of featured products for easy browsing right within Facebook. We’ve found that this creative utilising either dynamic videos or slideshow to really stand out in the newsfeed have often been the most successful. 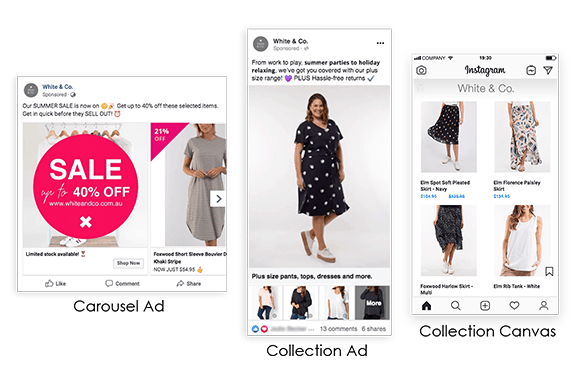 Can I Achieve These Same Results?

Every business is different, with unique challenges and differing circumstances. However, we have been able to achieve similar results for several eCommerce businesses with a Shopify store by switching their email marketing provider, creating new campaigns and optimising current campaigns for greater conversions.

Would You Like Us To Do Similar For You?

If so, let us know a bit more about your business so we can determine whether or not we would be a good fit for each other.

SEE IF WE'RE A GOOD FIT