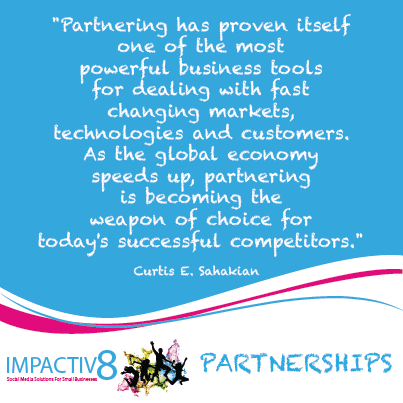 I can’t believe I made it through 2012 (and not just cause of what the Mayan’s had to say), but I was genuinely expecting 2012 to be a nightmare year. Why you ask? Because I was juggling a new business with an ever expanding “To Do List”, had one child at kinder (a measly 4hrs only 3 times a week) and waaaaaaay too many after school activities for the other two billy lids.
If you had told me at the beginning of the year that I would’ve achieved as much as I have then I probably would’ve asked to check what kind of medication you were on.
As expected, it wasn’t easy. There were few things I planned to do that I either didn’t get around to doing or didn’t work out, but there was loads of good stuff too.
What did I achieve? Well I am glad you asked…

I had the opportunity to work with an array of awesome small businesses, assisting them to build their business through the power of social media. This included bespoke presentations at conferences, conducting workshops that I had developed, being interviewed in on-line webinars, undertaking one-on-one (and one-to-many) coaching sessions, as well as providing a variety of done-for-you services. I must say I loved every minute of this!
The Impactiv8 Blog proved a great medium for sharing my knowledge with Impactiv8’s growing online communities (which include thousands of wonderful people that inspire me every day). I loved watching the results I was achieving in terms of reach and engagement when I shared each post using Impactiv8’s social media platforms of choice. I also developed several eBooks that I shared freely to fans of Impactiv8.

I realised early in the year that I couldn’t do everything I wanted to achieve alone, so I started to develop the Impactiv8 Team, which now consists of Teresa, my wonderful Admin Assistant, Tania managing all the finances (from TRW Services), Liz tackling the more technical design stuff (from Caliba Graphics), Cheree and Fiona, who helped me out when I had way too much on my plate and of course myself spending many a late night working both in and on the business. As a bonus for all the hard work, the Impactiv8 team was a finalist in the Wyndham Business Awards 2012 and we had a great night out celebrating! It didn’t take me too long to realise there was another necessary team member and as a result, I invested in an awesome CRM system, namely Infusionsoft, to assist me in keeping track of all the fantastic relationships that I develop on a daily basis. This came with the added benefit of seamlessly integrating with CustomerHub, which I am using to host my on-line training portal for all Impactiv8 training programs that I will be developing. I will be honest and tell you that it took quite a while to set up (although I had loads of support from my fantastic extended team at Infusionsoft). However, I am glad I invested the time and money, as Infusionsoft is now a very important member of the Impactiv8 Team and is automating many of the tasks that I was previously performing manually (or unable to do as I didn’t have the capacity).

Toward the end of the year I purchased Social Rabbit and became the new Chief Rabbit in the Social Rabbit burrow. Yes, I PURCHASED SOCIAL RABBIT!!! This was a really exciting move for me, as I had been a massive fan of Social Rabbit for several years and was fortunate enough to meet Lara Solomon (the previous Chief Rabbit) at ProBlogger 2011. Lara and I remained in contact when she relocated back to the UK earlier in the year, with Lara referring a few of her clients to me. As Social Rabbit provided similar services to Impactiv8, with a similar approach and business direction, it made good business sense to purchase the brand and incorporate Social Rabbit under the Impactiv8 banner as a means of further developing the Impactiv8 community and increasing reach.
Despite purchasing Social Rabbit being pretty cool, the most MASSIVE thing I did and the thing I am most proud of is that I built the Facebook Business Success online training program, finally finishing it in late December 2012. If you are desperate to see what all the fuss is about immediately, you can join the program now (and I would encourage you to do so as I am already starting to develop a community of business owners committed to building their businesses). Alternatively, if you are keen to hear more about how this program will propel your business to success using the power of Facebook before you take the plunge, then look out for the official launch in February 2013 where you will get all the deets!
I attended loads of professional development opportunities in 2012, whether they be on-line or face-to-face, but by far my favourite was ProBlogger 2012, the event that inspired me to launch Impactiv8 one year earlier. I swear the ProBlogger team must have been looking over my shoulder when they planned the content for this event, as it was perfectly pitched at what I required and provided some great insights that both assisted and motivated me to complete developing the Facebook Business Success on-line training Program. I also had the opportunity to connect and re-connect with many of my on-line colleagues, which was worth ten times the price of the ticket in itself. My theme for 2013 is PARTNERSHIPS. I developed several business relationships in 2012 and have some great partnerships in the pipeline that I look forward to sharing with you as 2013 unfolds. If you see some synergies and/or an opportunity as to how we can work together in 2013, then feel free to drop me a line for consideration.
Look out for the launch of Facebook Business Success and the future on-line training programs that will follow. I will be conducting more social media workshops and on-line webinars. Don’t forget you can book me for bespoke presentations at any conferences or upcoming events you have planned for 2013.
The services of social media coaching and done-for-you services will also remain a core component of Impactiv8’s services, with several more robust eBooks products in the pipeline also that I hope you will purchase.
As always, I will continue to keep you up-to-date on latest social media trends, tips and insights via the Impactiv8 Blog and Impactiv8’s social media communities. If there is anything specific you would like included, then please let me know.

Enough about me, what about you? Share with me your 2012 achievements and plans for 2013 in the comments below. I can’t wait to hear your story…